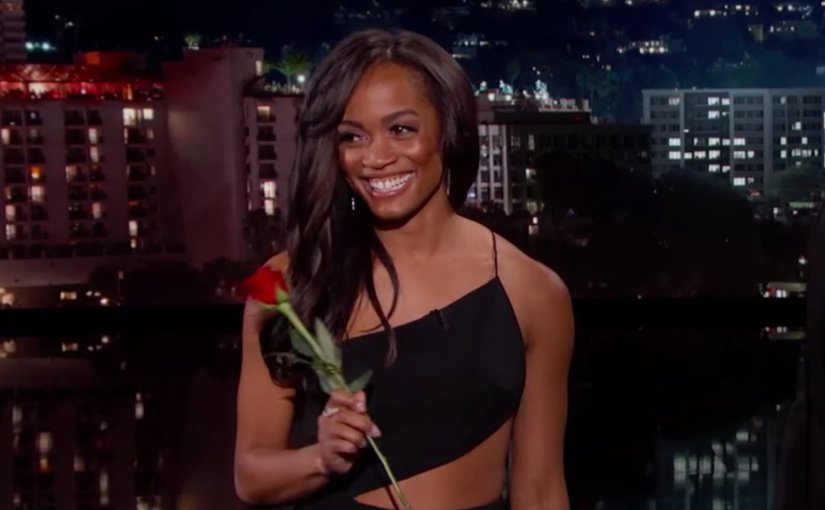 About two weeks ago, I was going through the Twitter moments, as I usually do to pass time. There was one that was talking about a girl named Rachel who is a contestant on season 21 of the Bachelor. People were expressing their love for her and it made me gain a bit of an interest on there actually being a contender who is a black women. And now as of yesterday, Rachel has been announced as being the Season 13 Bachelorette.

Now, I don’t actually watch the Bachelor or any other show in its franchise. I used to be an avid fan but stopped watching after Season 13 Bachelor Jason Mesnick. After the way his season ended I sort of vowed to not watch another season again but my curiosity for Rachel got the best of me. I actually sat down to watch the episode that aired that week which  showed Rachel’s  one on one date with the current Bachelor, Nick Viall. Immediately I grew to like her as well.

Rachel is a 31 year old attorney from Dallas, Texas. She is an intelligent woman who is both beautiful inside and out. You can see her become fairly motherly to the other women in the house and you immediately blush at her connection with Nick. She is so easily likable and that is clearly shown through the love an adoration that Rachel received from other Bachelor Nation members who tweeted their support for her.